Casual dating was once the way the social circles of the world worked. During the post-virginal era and before the eighties set in with commitment in the third grade, casual dating was more the norm. Of course, once the whole concept of came about and guys were being asked for commitment prior to puberty, the idea of casual dating has taken a back seat. Casual Dating and mature dating is the best option on the online dating sites.

There is a lot to be gained by going casual. Casual dating gives everyone an opportunity to really check out the playing field, to learn, make mistakes, and to be able to recover without having to decide who gets the couch and who gets the dog. Those who grew up in the eighties and nineties are now moving in together within the first month of ever meeting each other. It’s nice to have a little social permission to pull back and reassess the situation. 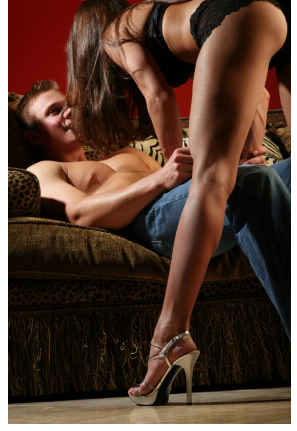 Casual singles dating doesn’t have to be complicated. When you find women that you really like you are more than likely to end up with one or two that make really good friends, even if that wasn’t the initial intention.

Besides, life really ought to be fun. And if you’re too busy waiting for that perfect someone to come along in order to start having fun, then you certainly aren’t likely to be having much. Wasting that kind of time just seems like the perfect set up for unhappiness.

The only time casual dating can be harmful is when nobody wants to be honest about their expectations and their intentions. That means that she is either going to freak out when she figures out that you aren’t being faithful to her expectations or she is going to feel rather used when you find someone that you want to be exclusive with and so you move forward.

The importance of honesty can’t be stressed enough. Women don’t respond well to being used, and if you choose to use someone the next guy that comes into her life is going to end up making up for your behavior.

Women with whom you are friends with can be a valuable resource and will tell you honestly and truthfully what most women will think of your relationship ideas and beliefs. Having a good woman to help guide you toward the one that knocks the wind out of you can help educate you well enough to have a more successful relationship with the woman.

When you are engaged in casual dating, you should be aware of your feelings and the direction that things might be headed. Casual dating doesn’t mean that you enter into a sexual relationship with absolutely no strings or emotional connections attached. That is known as casual sex. Any woman that hears you talk about casual dating and swinger personals will assume that there will be some amount of involvement, while casual sex will translate into sex without strings.

For a guy, casual dating and casual sex might mean that same thing. In either situation, all vested parties simply need to agree to terms before venturing forward. In every relationship we negotiate the terms of the boundaries we are all comfortable with. That’s why committed couples argue. When the boundaries change or are violated, often one party feels like they were lied to or misled. That is the number one reason I encourage such strong communication.

If you choose to go about the business of casual dating, and you find that either your feelings or her feelings are starting to change, it should be addressed immediately. It can be very hard for some men as well as for some women to engage sexually and not eventually find that they are developing feelings for each other. 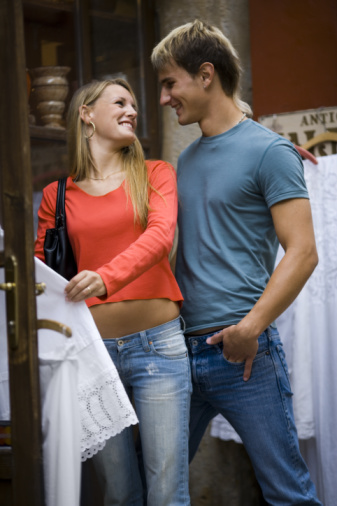 Women have been developing this sort of casual dating mentality since they first learned the value of going to the restroom in groups. It is the woman’s privilege to decide who she is going to spend her time with and how far she is going to spread her good time around.

Often the only road block she runs into, outside of jealous dating friends are resistance to her lack of commitment from family members. Being able to protect her a little bit and use a little discretion keeps you in her casual company much longer.

Learning about women requires being in the presence of women and not only for one woman. When we do finally find the right woman, we aren’t so wet behind the ears and are able to take on much more than we ever anticipated without psyching ourselves out or sweating profusely from our own nervous energy.

Hi, I appreciate you visiting and taking the time to read. I do encourage you to look through the other pages; there is a lot of information here. I am Lois Wilson. I really appreciate you will enjoy by reading above blogs. I am regularly update this sites for the people looking online speed dating relationships. I hope you’ll check them out – they could help you find partner every night. Thanks for stopping by our site. Please give your valuable opinions and suggestions. So I can improve the quality for my readers.

Members Near to You

Live Now
I am a lonely Male (incredihulk) age of 61Yrs. from Cambridge look around Female.
IM
.

Live Now
I am a lonely Female (jane000) age of 39Yrs. from Cambridge look around Male.
IM
.

Live Now
I am a lonely Female (prosperous) age of 39Yrs. from Cambridge look around Male.
IM
.

Live Now
I am a lonely Male (IainP) age of 48Yrs. from Cambridge look around Female.
IM
.

Live Now
We are Couple (Spudalicious) age of 52Yrs. from Cambridge look around Female.
IM
.

Live Now
I am a lonely Female (olababy) age of 39Yrs. from Cambridge look around Male.
IM
.

Live Now
I am a lonely Female (irina75) age of 47Yrs. from Cambridge look around Male.
IM
.

Live Now
We are Couple (Hot_horny_couple) age of 46Yrs. from Cambridge look around Female.
IM
.

Live Now
I am a lonely Female (Dustyjeansandme) age of 52Yrs. from Cambridge look around Male.
IM
.